Henrikh Mkhitaryan: I do not want to think about German Cup final yet 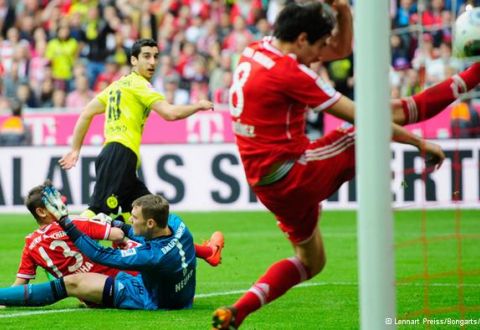 Borussia Dortmund and Armenian national midfielder Henrikh Mkhitaryan is not focused on the German Cup final since there are still three Bundesliga games left.

“We have to think that we have three more games, and we want to be the second. In the next three games we have to do everything to get nine points. For the moment I do not want to think about this game [German Cup final] because we have important games too,” he told  bundesliga.com website.

Mkhitaryan said he would think about Bayern Munich after these three games.

“I think it will be a very interesting and a good game,” he added.