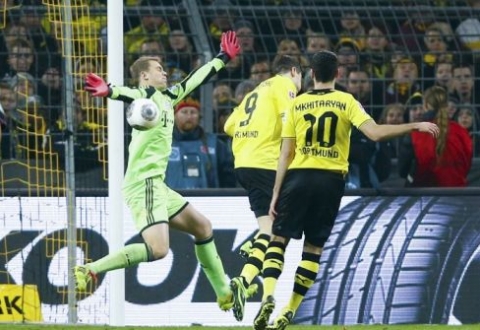 The clash between Mkhitaryan and Götze is conditional, but a lot rides on the performance of these players, Sport Express wrote.

“Mkhitaryan is showing an unstable performance in the current season. After the [UEFA Champions League] match against [FC] Real [Madrid; Spain], Henrikh has a little debt to [pay] to the [BVB] fans, coach, and teammates.

“In turn, luck, which had turned its back on him in the last matches, owes to the midfielder. The game against Bayern is an excellent opportunity to return these debts.

“At any rate, Mkhitaryan’s desire and motivation will be in extreme degree, and this should give its result,” Sport Express wrote, in particular.

The Bayern-Borussia Dortmund match will be played on Saturday in Munich, and the official kick-off is at 8։30pm, Armenia time.