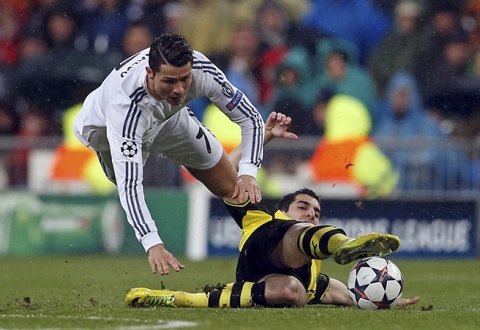 Givemesport.com presented its list of the top fifty hardest working players in the UEFA Champions League.

Mkhitaryan has covered a distance of 96,056 meters so far in Europe’s most prestigious football club competition.

“Mkhitaryan ticks all the boxes for a Klopp player, quick in transition and willing to press all over the pitch, attributes proved by a place in the top five runners in this season’s Champions League.

“The 25-year-old now has the challenge of taking his game to another level and helping Dortmund re-emerge as a genuine contender for the Champions League again next season,” the website specifically wrote about the Armenia international.

In the current season of the Champions League, Henrikh Mkhitaryan has scored two goals in nine appearances so far for Borussia Dortmund.