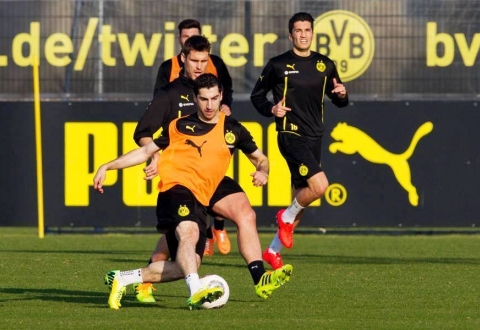 Real Madrid are very strong, but we have qualified for the quarterfinals, and this means that we likewise are not a bad team.

“Not solely the injured players, but [Poland international and Dortmund striker] Robert Lewandowski will miss the game against Real.

“Nonetheless, we need to focus on this match, since Real are one of the best teams in the world,” Mkhitaryan also said, in particular.

The first leg of the Champions League quarterfinal clash between Real Madrid and Borussia Dortmund will be played on April 2 in Madrid.