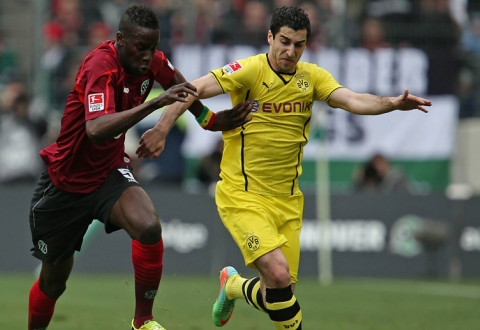 Armenia national football squad and Borussia Dortmund (BVB) midfielder Henrikh Mkhitaryan has been included in Bundesliga.de’s symbolic team for Week 26 in the current season of the top German league.

The Armenian midfielder was given a 6 rating. The 25-year-old player also was included in the symbolic team of Kicker magazine.   Mkhitaryan played in his club’s away match against Hannover 96 on 22 March. Dortmund won the game by a score of 3-0, and the Armenia international provided two assists. The Bundesliga official website and Goal.com had recognized the Armenian footballer as the player of the game.

In the current season of the German Bundesliga, Henrikh Mkhitaryan has scored six goals and provided nine assists in twenty-three appearances so far for Borussia Dortmund.