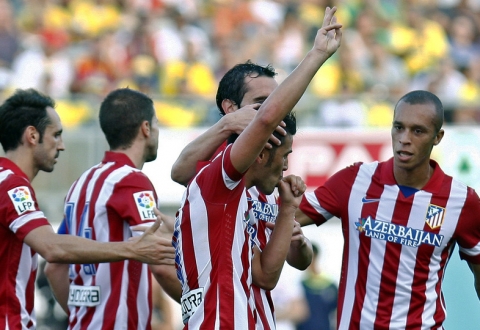 The Atlético Madrid footballers did not wear black armbands during their Spanish La Liga match against CA Osasuna on Sunday.

As reported earlier, there were rumors that the club players will wear black armbands during their La Liga matches against Osasuna and FC Real Madrid, and in connection with the “Khojaly massacre” commemoration day claimed by the Azerbaijani government.  The aforesaid, however, was not to the liking of Armenian football fans, and they sent letters to Atlético. Subsequently, the text about Khojaly was removed from the Madrid club website.

The Azerbaijani government is the sponsor of Atlético Madrid, and the name of this country is written on the jerseys of the club.