Many refer to Mkhitaryan as post-Soviet football’s face in Europe – Sportsdaily.ru 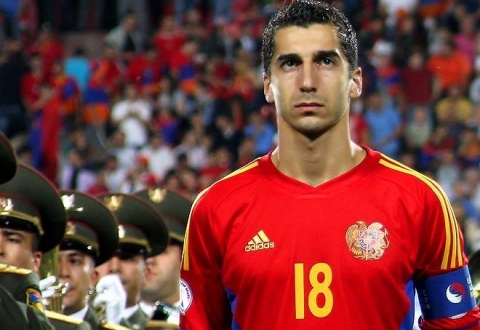 “His coach [at Dortmund] Jürgen Klopp has given a given a good characteristic of Mkhitaryan: ‘When Henrikh feels at ease on the pitch, he turns into a great player.’

“It all started [for Mkhitaryan at BVB] like a fairy tale. He was scoring goals and providing assists. His following drop [in performance] can be explained by the injuries of Dortmund’s top players.

“Mkhitaryan has everything to organize the team’s quick counterattack from defense. Henrikh began to shine again after the recovery of the injured players. He scored two goals and provided two assists in the last three games.

“Many refer to Mkhitaryan as the face of post-Soviet football in Europe. [But] Henrikh still has to prove this status,” the Russian website writes, in particular.

Print    |  Հայերեն  |  На русском
Thank you for your comment. Your comment must be confirmed by the administration.
артем 21:33-20/02
вы что этого мертвеца с генрихом сравниваете!
last news on "Football - Armenia"