Jesús Navas: Barça not quite the force it was 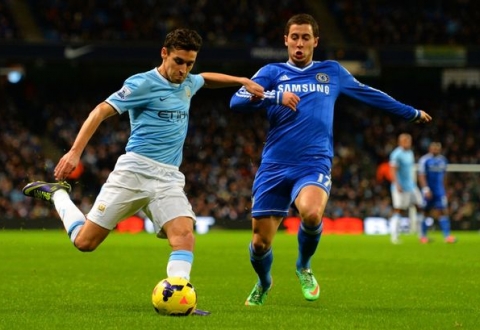 I reckon they won’t be happy having to come here. They will find we are a really difficult team to play against and to beat, stated Spain national football squad and Manchester City (England) midfielder Jesús Navas.

He spoke on his club’s Champions League round-of-8 clash against FC Barcelona (Spain).

“We are full of confidence. The one thing we must do is play with high pressure and high tempo,” he added.

Yet the sense that the Catalan club is not quite the force it was is not discounted by Navas.

“Maybe they don’t play as well as three or four years ago, but that is normal; that does not mean it will be easy.

“It is very, very difficult to keep playing with that kind of style year in and year out; they are more vulnerable,” The Guardian quotes Navas as saying.

Tuesday’s match will be played in Manchester.