Half of Aubameyang’s goal belongs to Mkhitaryan – Sport Express 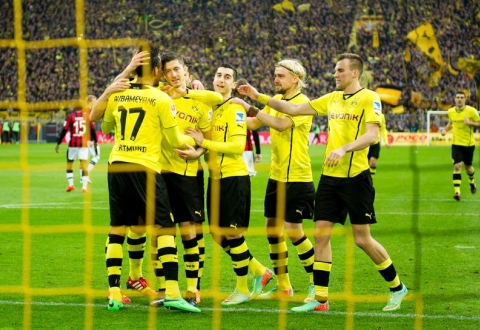 Borussia Dortmund garnered six points in their last two games; they were playing like their best times, Sport Express wrote.

“BVB scored a variety of goals. The best of them was the goal netted by [Gabon international and Dortmund striker Pierre-Emerick] Aubameyang.

“But half of that goal belongs to Henrikh Mkhitaryan. The Armenian midfielder stole the ball and made a superb pass through the entire penalty area. All that remained for Aubameyang was not to miss,” Sport Express added.

Borussia Dortmund won the match by a score of 4-0, and the 25-year-old Armenian international provided a wonderful assist.