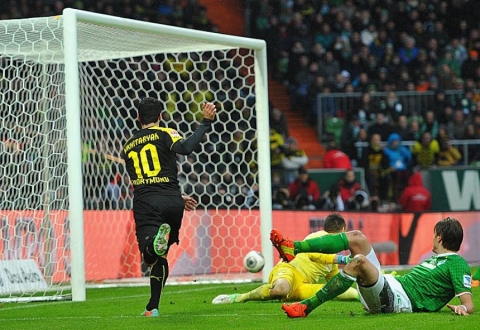 First, Mkhitaryan ended his 1,066-minute scoreless series at Bremen, and 21 minutes later, he saddened the opponent’s goalkeeper for the second time, Bundesliga.com writes.

“Werder had no chance to be saved. Following the match, Henrikh was also recognized the Bundesliga Player of the Week. Owing to this game, his match breakdown ended.

“[Dortmund Manager] Jürgen Klopp has never lost his faith in the strength of the 25-year-old midfielder.

‘“We know what he is capable of, but they frequently forget about it. It is apparent that he needs to show his best qualities more often. But everyone starts to ask questions when nothing goes right for him in two to three weeks,’” the Bundesliga official website also writes.