Ararat to compete at Albena Cup 2014 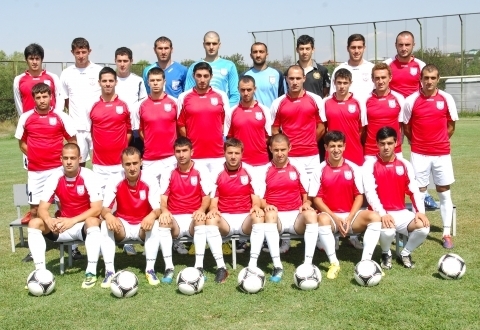 YEREVAN. – FC Ararat Yerevan of Armenia’s capital city will participate in Albena Cup 2014, which will be held from February 3 to 12 in Bulgaria, the club press secretariat reports.

Eight teams will be divided into two groups in the tournament.

PFC Spartak Varna (Bulgaria), POFC Rakovski (Bulgaria), and KSMS Jaši (Romania) will be in the same group as Ararat.

The Armenian club will play against Spartak Varna, KSMS, and Rakovski on February 3, 5, and 7, respectively.

Aside from the tournament games, the Yerevan club are expected to play one friendly game.

FC Ararat Yerevan on Monday will return from Cyprus, where they were holding a ten-day training camp.