Martino: Messi can do whatever he wants on the pitch 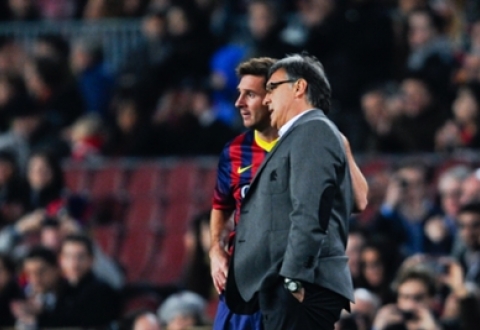 The players understand that they have to talk on the field, and they did a good job after a difficult week. They showed that they are professionals, stated FC Barcelona Manager Gerardo “Tata” Martino. The Argentine football specialist spoke about Barça’s 3-0 Spanish La Liga win against Málaga CF.

“[Argentina international and Barcelona striker Lionel] Messi can do whatever he wants because he’s capable of doing anything. He’s very precise with his passes and he attracts the attention of our rivals. “Once in a while we score from set pieces. “We play a lot of matches late at night. When kick off times are a bit more normal the people will be with us,” Barça official website quotes Martino as saying.