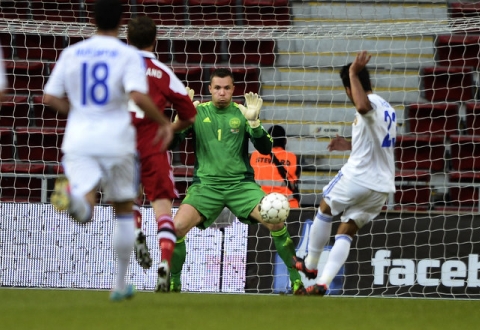 Russia are a strong opponent with whom it will be interesting to play a friendly game, stated Armenia national football squad and Spartak Moscow (Russia) midfielder Aras Ozbilis.

The Armenian international spoke about the national’s team’s forthcoming friendly against Russia. “It is wonderful that such a match will be played. I expect an exciting game,” Itar Tass news agency quotes the 23-year-old midfielder as saying.

The national football teams of Armenia and the Russian Federation will play the friendly match on March 5 in Krasnodar, Russia. At present, Aras Ozbilis is participating in Spartak’s training camp in the United Arab Emirates.