Neymar: What a scare! But Jesus, once again, was by my side 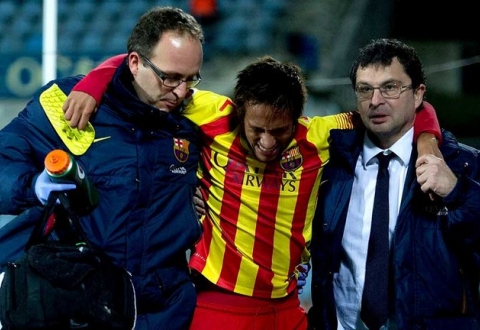 “At the time, I thought it could be a serious injury,” stated Brazil national football team and FC Barcelona (Spain) striker Neymar.

“[But] don't worry. I’ll do everything right and I’ll be back soon.

“What a scare! But Jesus, once again, was by my side. Thank you to everyone who prayed for me,” Goal.com quotes Neymar as saying.

According to preliminary data, the Brazil international will be out of action for three weeks.