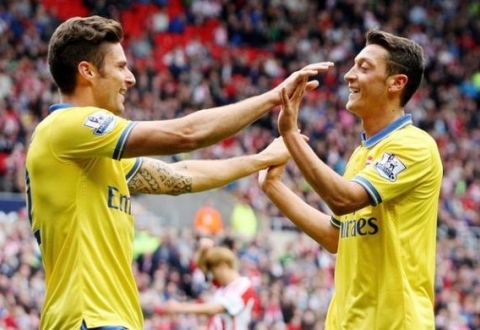 Giroud posted a photograph on his Twitter account and wrote: “We love your ‘pyjamas’ Mesut.” To note, the Napoli-Arsenal match will be played on Wednesday and its official kick-off is at 11:45pm, Armenia time.