Mkhitaryan: I would have liked to have scored 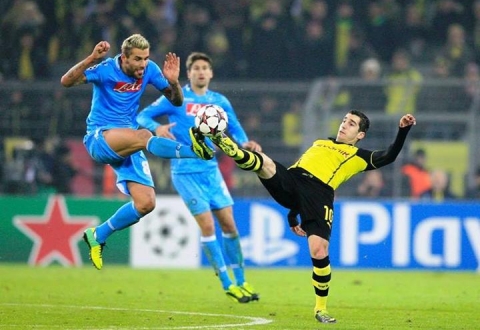 “I think it was a great performance from Borussia Dortmund. All my team-mates did a great job,” stated Armenian national football team and Borussia Dortmund (Germany) midfielder Henrikh Mkhitaryan.

“I would have liked to have scored but I was not able to and there is nothing I can do about it. I have to keep working and not give up. I need to do my best to help the team. It is not important whether I score or not, the most important thing is that the team win.

“We created a lot of chances, even when the score was 2-1 because there were more spaces in the Napoli defence. We were able to counterattack more, which we managed to do and scored the third.

“We are really confident [about progressing] but Marseille are a really difficult opponent. It does not matter that they have lost all their games. They will be doing everything they can to get a point, or even three, against us but we know how to play against them and I think we can get a result,” UEFA official website quotes Mkhitaryan as saying.