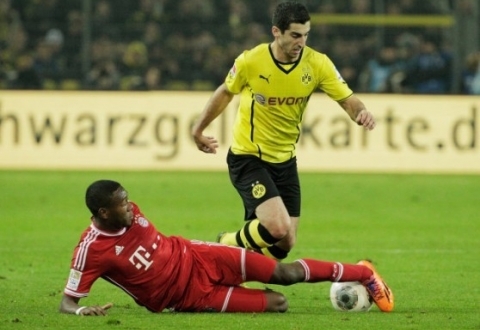 “While [German international and Bayern midfielder] Mario Goetze decided the game at the other end with a very composed finish, Henrikh Mkhitaryan sank his head when he was subbed off in the 71st minute,” ESPNFC writes.

“The Armenian finds himself struggling on the whole. He hardly provides key passes anymore and loses possession while attempting to dribble in a too leisure a manner, which slowly upsets the crowd.

“His goal-scoring rate isn’t as prolific as fans hoped and his understanding with [Polish international and Dortmund striker] Robert Lewandowski leaves a lot to be desired. So it’s not surprising at all that Borussia Dortmund have only scored one goal in the past three games,” ESPNFC also writes.

To note, Dortmund lost to Bayern at home, and by a score of 3-0, and the 24-year-old Armenian international was substituted in the 71st minute.