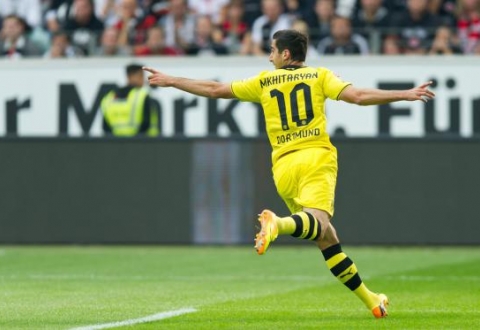 Armenian national football squad and Borussia Dortmund midfielder Henrikh Mkhitaryan thinks that his club’s German Bundesliga clash with FC Bayern Munich will be watched all around the world.

In the 24-year-old Armenian international’s words, they are eager to defeat the reining football champions of Germany. “We lost [at VfL Wolfsburg] and we’ll have to discuss that amongst ourselves. We didn’t concentrate well enough and showed a bit of tiredness. “We’re now four points behind Bayern, so we really want to win the next game against them. The whole world will be watching,” Sportmole quotes Mkhitaryan as saying. The Dortmund-Bayern match will be played on November 23.