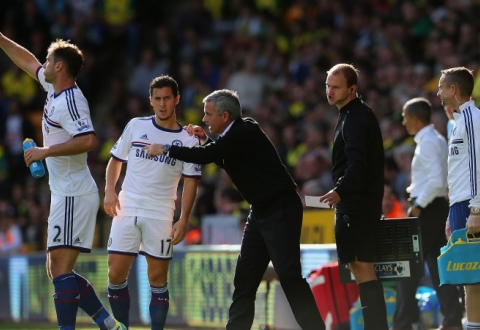 The 22-year-old Belgian was punished for skipping Chelsea’s training.

Hazard had missed Monday’s training after his late return from a visit to his former club Lille (France). The Belgian had been invited to Lille’s Ligue 1 game against Monaco.

“I don’t want to lie. He is not injured.

“Did he forget the time? Look, he’s a kid. Kids make mistakes. He didn’t play. He wanted to play. He was sad because he didn’t play. We won without him. So, end of story. Let’s forget Eden because I didn’t select him,” The Guardian quotes Mourinho as saying.