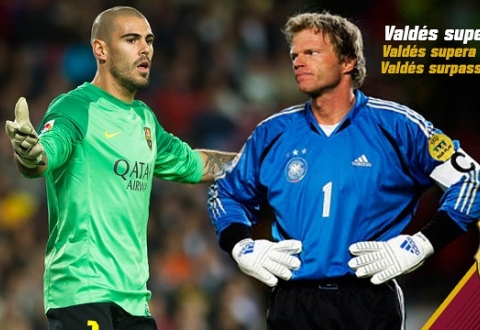 With the Champions League group match against A.C. Milan (Italy) under his belt, the 31-year-old Catalan took his appearance record to 108 matches, which means he leapfrogged his hero Oliver Kahn who had 107 appearances in the competition.