Mkhitaryan included in Bundesliga team of the week 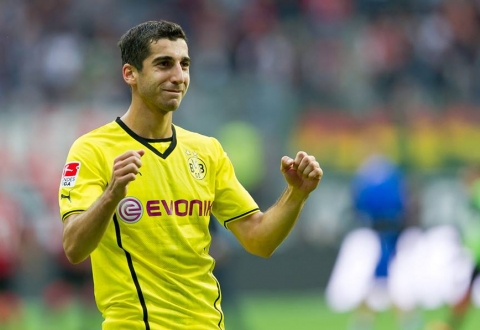 Armenia national’s midfielder Henrikh Mkhitaryan is included in Bundesliga team of the Round 10, according to Bild and Goal.com.

The German newspaper praised Mkhitaryan’s skills giving him “1” which is the highest mark , while Goal.com named the player “the star of at the Veltins Arena”.

Borussia Dortmund defeated Schalke 04 with a score of 3-1, while Mkhitaryan made two assists.