No replay for Hoffenheim-Leverkusen game 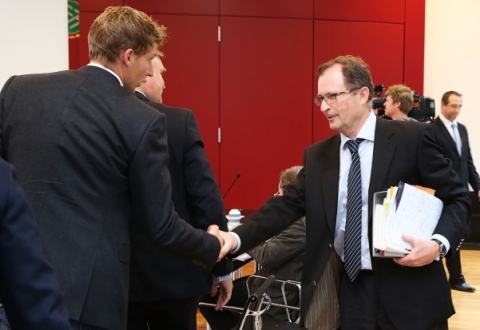 The session was in connection with the “ghost” goal that was scored in the Bundesliga match between 1899 Hoffenheim and Bayer Leverkusen, Abendblatt reports.


The presiding judge ruled that the game will not be played again.

To note, in the 68th minute into the match, and after a strike by Bayer Leverkusen’s German international striker Stefan Kiessling, the ball had entered the Hoffenheim net from a side opening. The referee, however, did not notice this and had the goal stand. The game had ended in Leverkusen’s favor, and by a score of 2-1.