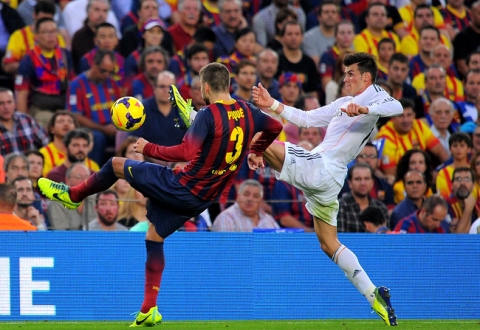 FC Barcelona have racked up 28 points after ten weeks in the current season of the Spanish La Liga football.

With such performance, Barça have repeated FC Real Madrid’s accomplishment that was achieved in the 1991/92 season, Infostrada reports.

After Week 10, the Catalan giants lead the current standings, with one point ahead of Atlético Madrid.

To note, the tenth week of the La Liga was the stage for yet another El Clásico; that is, the matches played between Real Madrid and Barcelona.

In the end, home team Barça defeated Real by a score of 2-1; this was the Catalans’ 88th win against their archrivals.

Real Madrid, however, have won 90 El Clásicos, and 48 matches have ended in a draw.