Fans are prepared to carry Mkhitaryan on their hands – Championat.com 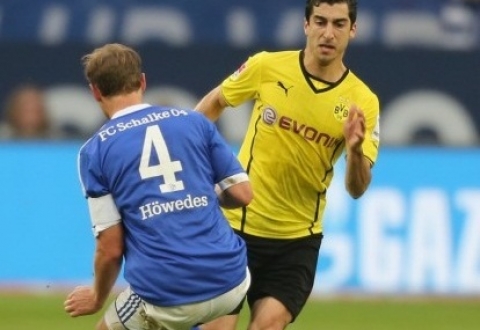 Henrikh Mkhitaryan became the hero of his first derby, writes Championat of Russia.

“The [Dortmund] newcomer was not showing a good game in several matches, and many had begun thinking that Borussia had not made an incorrect acquisition.

“[But] Mkhitaryan scored a very crucial goal against Arsenal in London [at Dortmund’s Champions League group match], and he showed such a performance in Gelsenkirchen that the [Dortmund] fans are [now] ready to carry him on their hands,” Championat writes.

To note, the 24-year-old Armenian international provided two assist and his team, Borussia Dortmund, defeated Schalke 04 by a score of 3-1 in the Bundesliga derby.