Henrikh Mkhitrayan on his first Champions League goal for Borussia 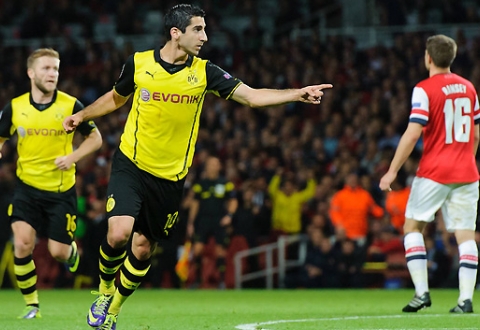 Henrikh Mkhitrayan said he was delighted to score a goal in the Champions League match against Arsenal.

“It was a really tough and important game for us. Playing away against such a strong side wasn't easy, but we dug in as a team and delivered a great performance. Of course, the result is really good for us,” he said in an interview with Bundesliga.com.

Mkhitaryan noted that it was not important to celebrate the goal, but to put in a reasonable performance on the pitch.

“My aim is to get better with every game because I still haven’t hit top gear.”

The Armenian midfielder said Robert Lewandowski was the best against Arsenal and is one of the best strikers in the world.