Mkhitaryan’s statistics in Arsenal vs. Dortmund 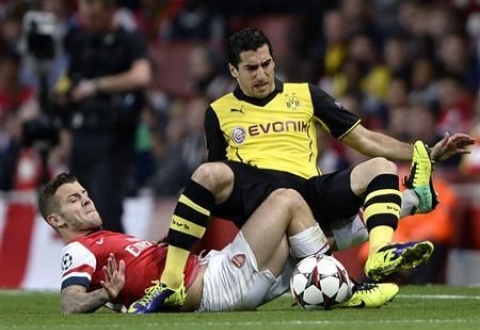 The German club won the game by a score of 2-1.  The 24-year-old Armenian international was in Dortmund’s starting eleven, he scored the game’s first goal in the 16th minute, and he was substituted in the 67th minute.

Whoscored.com posted Mkhitaryan’s game statistics. Accordingly, Henrikh Mkhitaryan had one shot on goal and one shot on target, he touched the ball 43 times, made 27 passes with 85-percent success, he made 3 steals, he was fouled 4 times, he fouled once, and his overall game rating was 7.4 out of 10.