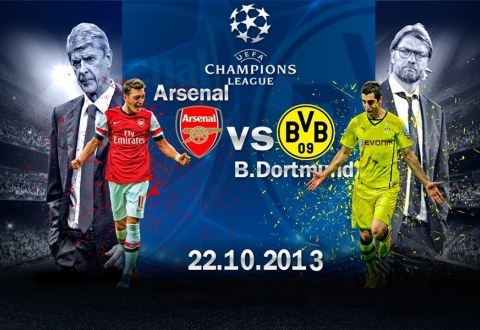 Mesut Özil and Henrikh Mkhitaryan will be the main players working on the pitch, Bongdaplus writes.

“They have different styles of play, but they have common traits. They are creative, they set up the attacks well, and also join them [well].

“Özil has better statistics. Mkhitaryan poses a threat to the opponent, but he concedes to the German in tactics.

“The determination, speed and instincts of the Armenian national squad’s midfielder are more impressive. But he concedes to his opponent in predicting the situations and organizing the attacks.

“If their game succeeds, the team of the each player will have a big advantage over the opponent,” Bongdaplus adds, in particular.

To note, the Arsenal-Borussia Dortmund match will be played on Tuesday, and the official kick-off is at 10:45pm, Armenia time.