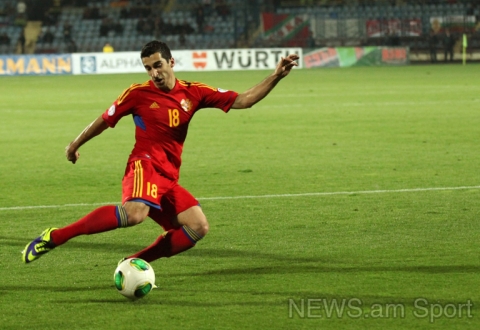 YEREVAN. - Armenia’s Henrikh Mkhitaryan said his team did not resort to provocatios during the qualifier against Bulgaria.

“It may seem that it was an easy victory, but it is not so. It was a tough victory. The main thing is that the guys were able to complete their task,” he said after Armenia defeated Bulgaria 2-1 in Yerevan.

“Let Bulgarians see where they came and realize that we have human qualities unlike them. Let them learn how to behave. The guys wanted to show the fans that despite our failures in home matches, they are capable of gaining victory.”

The Armenian midfielder thanked all fans for support, adding that they are going to Italy in a good mood.

The Armenian national defeated Bulgaria 2-1 in the home qualifying match.