Defeating Armenia will be tantamount to flying – Sportal.bg 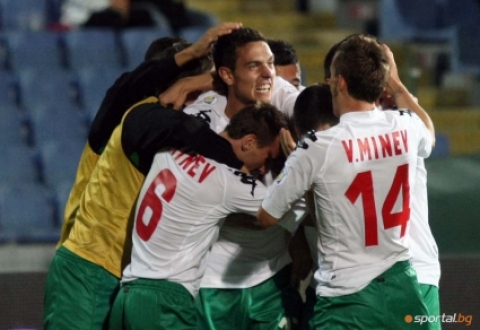 The Bulgarian national football squad’s performances in the World Cup qualifiers have not aroused great emotions over the course of the past ten years. But now everything has changed, Sportal.bg writes. The Bulgarian website reflected on the forthcoming 2014 World Cup qualifier penultimate group match between Armenia and Bulgaria.

“We [i.e., Bulgaria] have a chance to make it to the final round for the first time within the last ten years. The results shown by the team inspire great hope. But it will become apparent today as to whether the squad has truly matured to [be able to] defeat lower class teams such as Armenia.

“We need to support the [Bulgarian] team so they take a small step toward the World Cup. And this small step in the final qualification games will be tantamount to flying,” Sportal.bg writes.

To note, the Brazil 2014 qualifiers’ return-leg match between Armenia and Bulgaria will be held Friday in Armenia’s capital city Yerevan.  In the first leg, Bulgaria had hosted Armenia and won by a score of 1-0. After eight rounds in the World Cup qualifiers Group B, Italy have already booked their spot at Brazil 2014, with 20 points, Bulgaria have 13 points, Denmark have 12 points, Armenia and the Czech Republic have 9 points, apiece, and Malta have 3 points.