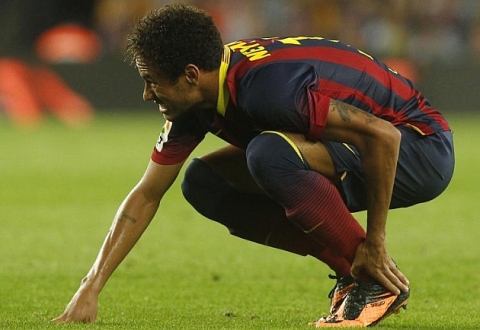 FC Barcelona striker Neymar remains the player who has been on the receiving end of the most fouls so far in the current season of the Spanish La Liga, Marca reports.

The 21-year-old Brazilian leads the ranking with 32 fouls on him, although Diego Costa—another player who gets punished by the opposing defenders—is hot on his heels.Neymar is also one of the players who provoke the most cards. So far this season, his opponents have received eight yellow cards, as well as one red (Brown for Celtic).

The yellows have been shared by Sevilla (3), Valencia, Real Sociedad, Málaga, Valladolid and Celtic, and are explained by the impact that the Brazilian has on the game and his style of play, with his close dribbling and electric movements which force his opponents to foul him.