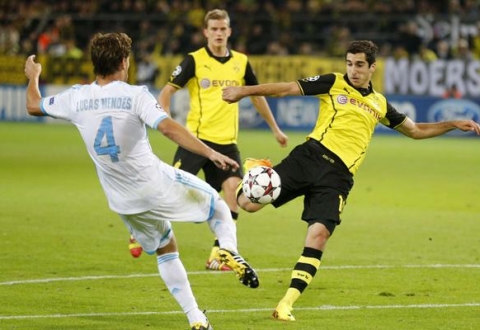 In line with these statistics, the 24-year-old Armenian international took three shots to Marseille’s net, made four key passes, and his pass success was 84 percent.

In addition, Mkhitaryan touched the ball 43 times and he was rated 6.99, overall.

To note, in Tuesday’s game, where Borussia defeated Marseille by a score of 3-0, Henrikh Mkhitaryan ran a total of 11.99 kilometers, which was more than any Olympique Marseille player.