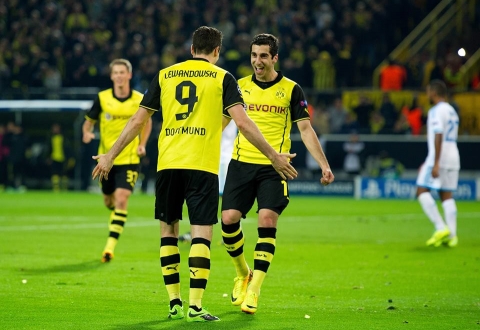 Germany’s Borussia Dortmund defeated at home Olympique de Marseille, and by a score of 3-0, in the second round of the Champions League football group stage.

The great game domination by the German club was also manifested in the distance its players had run on the pitch. As case in point, Armenian national football team and Borussia midfielder Henrikh Mkhitaryan ran a total of 11.99 kilometers during the match. In actual fact, the 24-year-old Armenian international ran more than any Olympique Marseille player.

To note, Mkhitaryan was in the starting eleven for Borussia Dortmund, and he was substituted in the 88th minute.