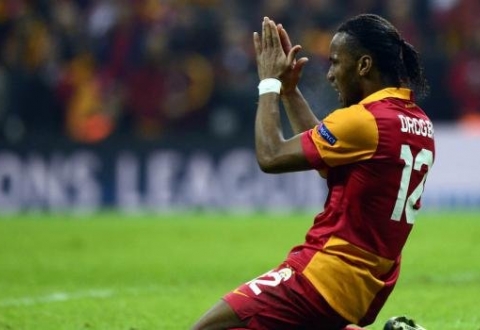 “When we compare the budgets of the clubs, there is no possibility for us to overtake Real Madrid and Juventus and get into the next round but football is played on the field,” stated Côte d’Ivoire international and Turkey’s Galatasaray S.K. striker Didier Drogba.

“We want to play better than our rivals and qualify for the round of 16. I have scored 40 goals in the Champions League in my career.

“I hope I can improve on it this season but the important thing is what team does. If I score and we win the match or qualify for the next round, then that goal’s important for me. But if you said to me, ‘Galatasaray will win the Champions League but you won’t score a single goal’, I’d accept that straight away,” UEFA official website quotes Drogba as saying.

To note, the Galatasaray-Real Madrid clash will be played on Tuesday, and the official kick-off time of the match is 10։45pm, Armenia time.