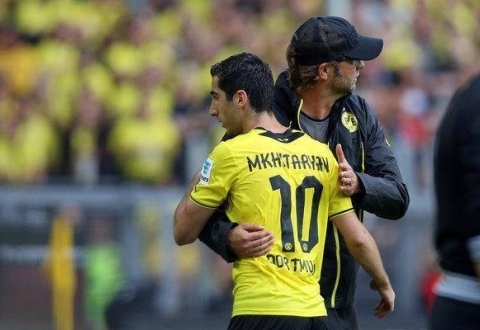 The German specialist praised Armenian national football squad and Borussia midfielder Henrikh Mkhitaryan, and he commented on his team’s Bundesliga match against Eintracht Frankfurt on Sunday.

“The opponent did not look worse than us on the pitch, but we have Mkhitaryan. I believe people now understand why we paid so much for him,” Focus.de quotes Klopp as saying.

To note, owing to the two goals scored by the Armenian international, Borussia Dortmund defeated Eintracht Frankfurt in an away game, and by a score of 2-1.