Xavi and Alexis out of Valenicia match 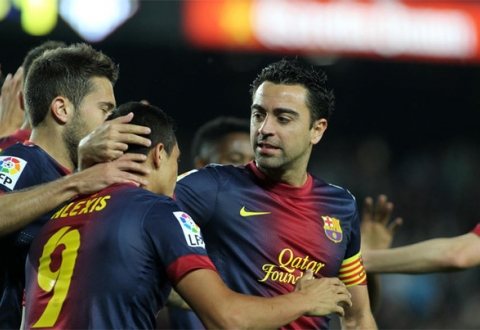 Xavi Hernandez and Alexis Sanchez will not join Barcelona for a match against Valencia.

Barcelona coach Gerardo Martino decided to rest players for a regular match of La Liga, sport.es reported. He said Xavi and Alexis have played a lot and now it is time to rest them. Besides, both players will play for their internationals on September 6 and 10.

Valenica-Barcelona is slated for September 1.