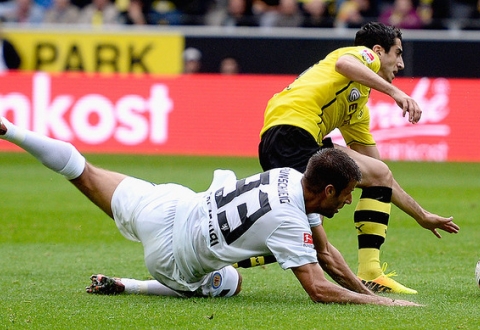 Borussia midfielder Henrikh Mkhitaryan was the focus of the German media after his debut in second-round game with Eintracht Braunschweig.

The official Borussia Twitter posted extracts from the articles of different media outlets which appeared after the game.

“The coach has to judge my game. I am very happy because we won in the end of the match. I was impressed and excited, as it was my debut. I definitely can play better and must score a goal.”

“The fans were amazing, there was an unbelievable atmosphere. I enjoy every day in Dortmund.” He also regrets that failed to use his chance and score a goal.

In the third round Borussia will host Werder Bremen.