For me, Casillas is best in world – Isco 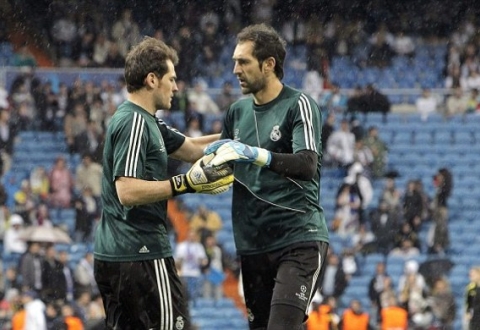 “For me, [Spain’s FC Real Madrid goalkeeper Iker] Casillas is the best in the world, having won everything in recent years,” stated Spanish international and Real’s new attacking midfielder Isco.

But he stressed that Casillas faces stiff competition from Diego Lopez for the No.1 jersey.

“They are both keepers who have proven themselves to be huge talents over their careers. Diego was fantastic last year.

“I think it’s great that there’s such healthy competition between the posts,” Goal.com quotes Isco as saying.

To note, Casillas lost his starting berth to Lopez last season after a hand injury, but he was not returned to the starting eleven after his recovery. And this had caused strained relations between him and former Real Madrid manager José Mourinho.