Bayern will forgive Guardiola for absence of titles 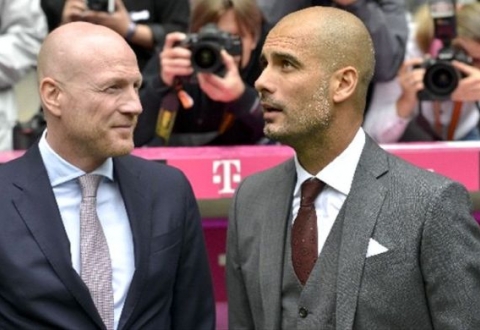 It will not be a tragedy if Germany’s Bayern Munich Manager Pep Guardiola does not win a title in the first season, stated Bayern sporting director Matthias Sammer.

“Jupp Heynckes did not win anything in his first year at Bayern Munich. Jupp is a superb trainer, no doubt about that, but he needed a bit of time as well.

“Now everybody says Pep Guardiola doesn’t need any time to adapt and this is something I cannot understand.

“We have a new coach, who will need time to get used to his players, tactical formation and the board of directors.

“He is not a magician. He works hard, talks a lot with the players and does so in German. The fact that there’s a big hype surrounding him and that he won everything he could win at Barcelona counts for nothing now,” Goal.com quotes Sammer as saying.

To note, Guardiola has already missed out on one title, as Bayern Munich were defeated by Borussia Dortmund—and by a score of 4-2—in the German Supercup.