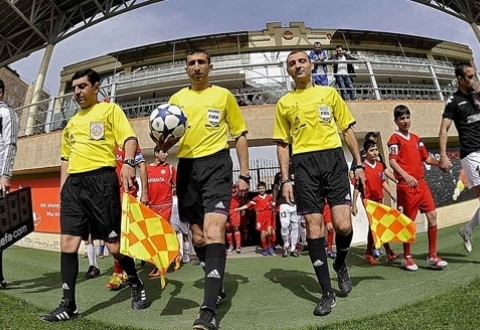 The Football Federation of Armenia (FFA) has imposed a life ban from football-related activity on two referees officiating at the first-round matches for the Europa League.

During the Tuesday meeting, head of the federation Ruben Hayrapetyan presented the details and results of the unpleasant incident.

The referees were involved in match-fixing scheme which was proved both by UEFA and by the check-up conducted by the FFA.

FFA president and the executive committee noted that such conduct of referees throws а shadow on the image of the Armenian football, FFA website reported.