Azerbaijanis to file complaint to UEFA over Karabakh flag 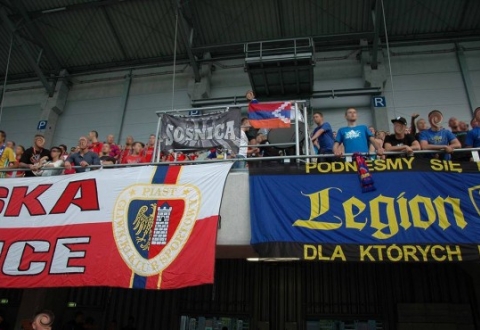 Qarabağ FK of Azerbaijan plans to file a complaint to the Union of European Football Associations (UEFA).

The reason is because the Polish fans had taken the flag of Nagorno-Karabakh to the pitch during the Piast Gliwice vs. Qarabağ return-leg match in the second qualifying round of the Europa League, sports.ru reports making a reference to azerisport.com.

It is noted that this matter could be discussed at the UEFA Disciplinary Committee.