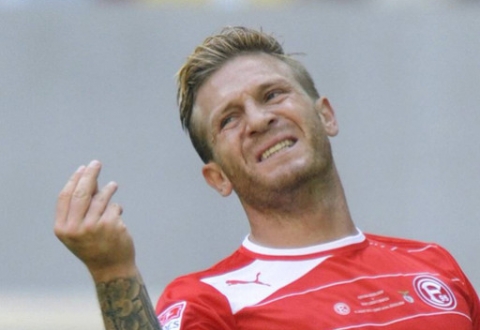 In the morning of the same day, however, the footballer had informed Fortuna’s coaching staff that he is ill, and therefore he did not attend the day’s training session.

The management of the German club is not commenting on this incident, but the 33-year-old Ukrainian is expected to be fined.

To note, Andriy Voronin has played in nine games for Fortuna Düsseldorf in the current season of the German Bundesliga, and he has only one assist so far.