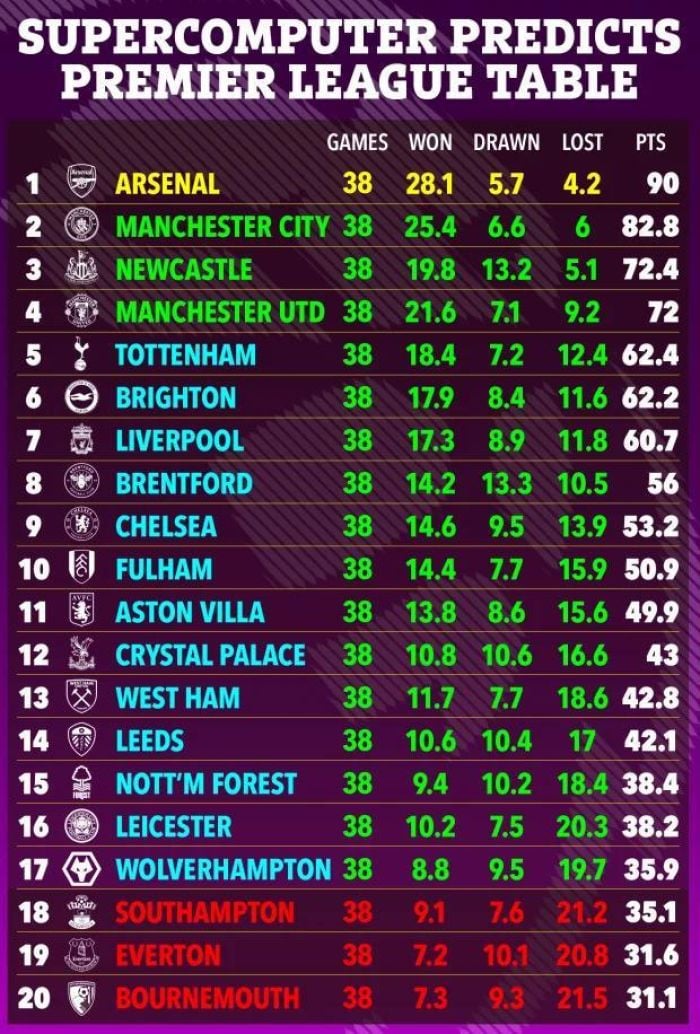 A supercomputer has predicted Arsenal's supremacy in the current Premier League, The Sun reported.

For the first time in history, Arsenal ranked first after getting 50 points in the first half of the Premier League season (19 appearances.

The supercomputer predicted that Arsenal will finish the championship with 90 points and 7-8 points ahead of second-place Manchester City.

The last time Arsenal won the English league title was in the 2003-2004 season.