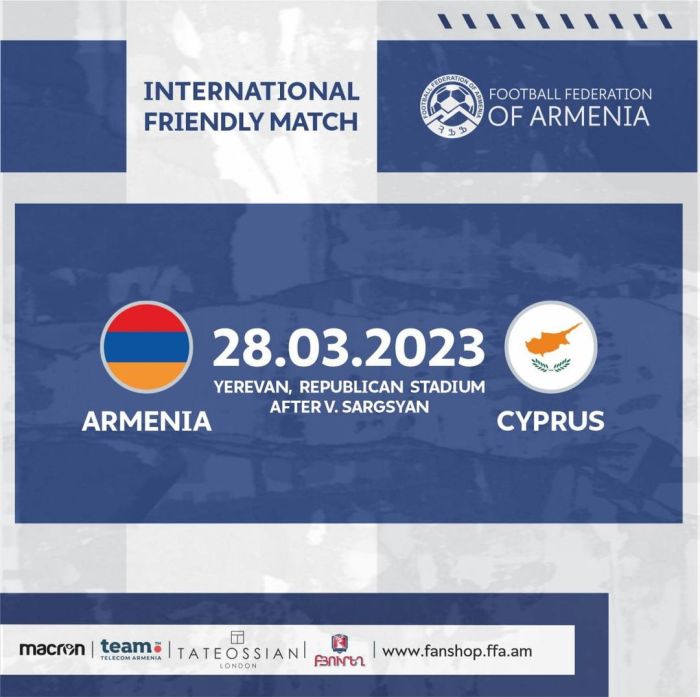 The Football Federation of Armenia and the Cyprus Football Association reached an agreement according to which the teams of the two countries will play a friendly match, the FFA website reported.

The meeting will take place at the Republican stadium named after Vazgen Sargsyan in Yerevan on March 28.