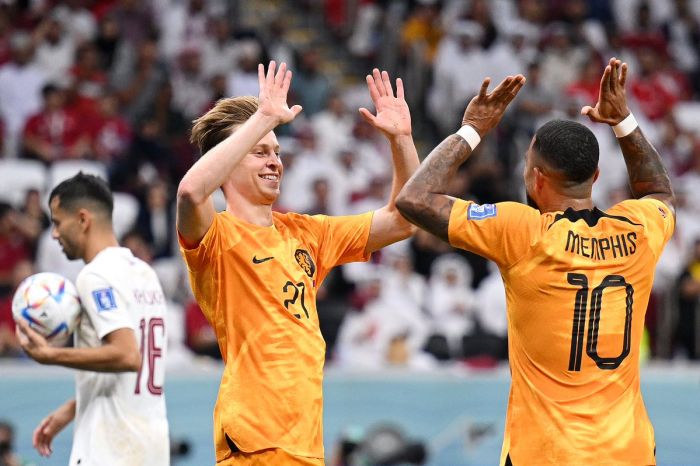 Teams of the Netherlands and Senegal reached the 1/8 finals of the World Cup in Qatar.

In the last round of the group stage, the Dutch team beat Qatar 2-0.

For the third consecutive match, the 23-year-old PSV striker Cody Gakpo became the author of the goal.

Cody Gakpo is having an amazing #FIFAWorldCup!

The second goal was scored in the 49th minute by 25-year-old midfielder of FC Barcelona Frenkie de Jong.

The Dutch team with 7 points won the first place in the group and reached the 1/8 finals.

The teams of Senegal and Ecuador played for the second place. The African champions have won with a score of 2-1.

Here's how things stand in Group A!