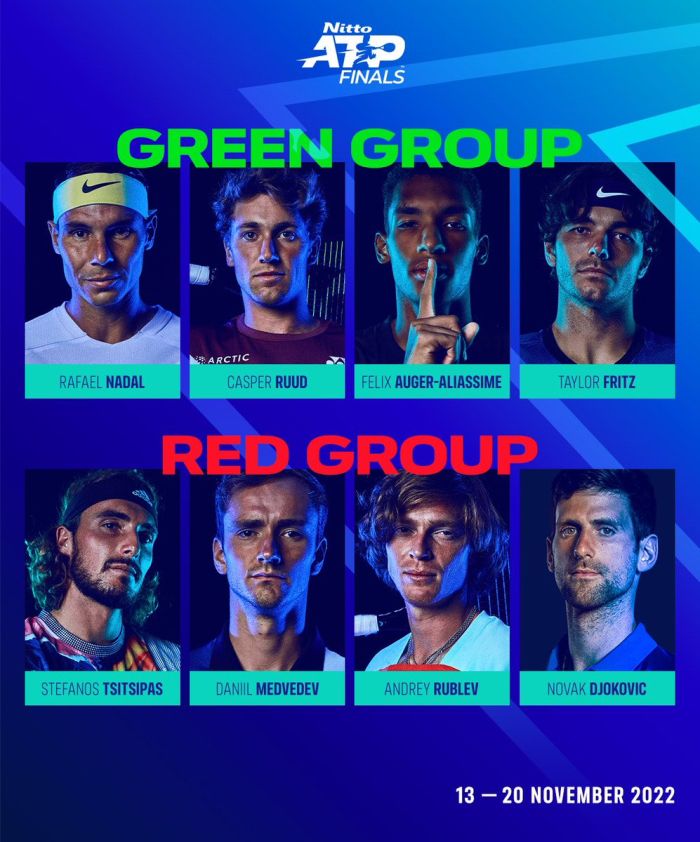 The draw of the groups of the final ATP Tennis Championship, which starts November 13 in Turin, was held.