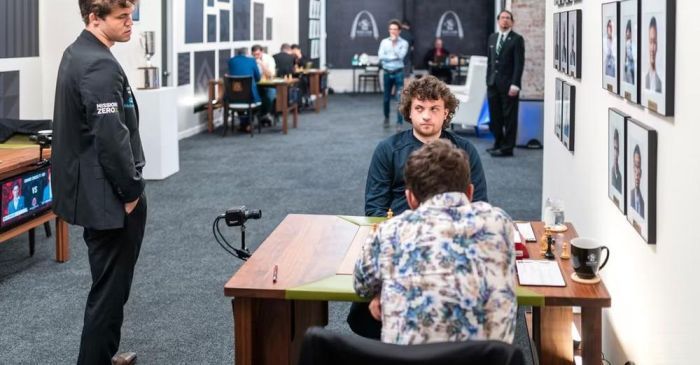 The World Chess Federation (FIDE) has confirmed in an official statement that it will investigate the possible online cheating by 19-year-old Hans Niemann (USA) in the match with World No. 1 and reigning World Chess Champion Magnus Carlsen (Norway).

“FIDE's Fair Play Commission (FPL) has decided to act ex-officio and create an Investigatory Panel (IP). Three members of the Commission will form this panel, and it will also have the possibility to call for a consultation with external experts wherever analysis is required.

The focus of the investigation would be twofold: checking the World Champion's claims of alleged cheating by Niemann and Niemann's self-statement regarding online cheating. (…). The panel will ensure a fair ruling, protecting the rights of both parties during the investigation,” the aforesaid statement reads, in particular.

After losing unexpectedly to Hans Niemann at a Grand Chess Tour competition in St. Louis, USA earlier this month, Magnus Carlsen had dropped out of this competition. And at the recent preliminary round of the Julius Baer Generation Cup online tournament, Carlsen had resigned against Niemann after making just one move.