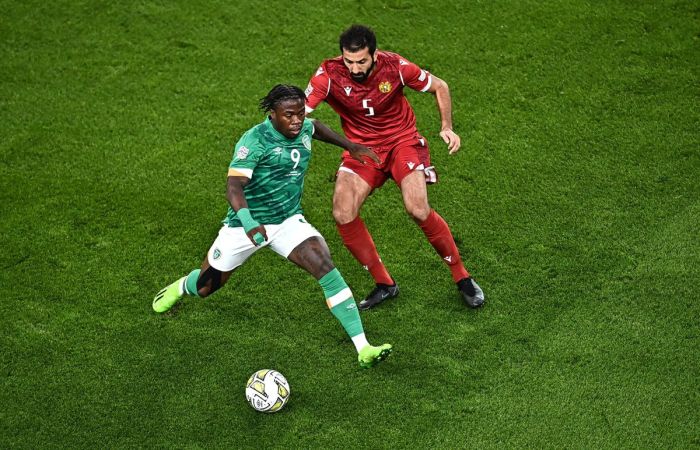 Armenia were hosted by Ireland in Dublin and lost 2-3 in the last match of Group E in League B of the UEFA Nations League.

Armenia had won, with a score of 1-0, the first match between these two national teams that was played in Yerevan on June 4.

Armenia placed last, with 3 points, in Group E of League B, and relegated to League C. Ireland finished penultimate, with 7 points.

Scotland, the leaders of Group E, played a goalless draw with Ukraine, took first place, with 13 points, and advanced to League A. Ukraine finished second, with 11 points.