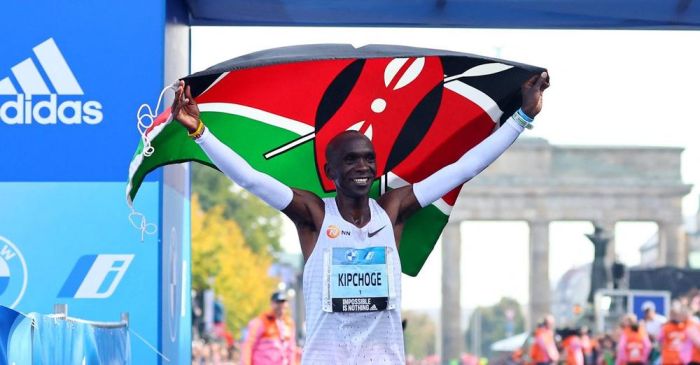 Eliud Kipchoge has shattered his own marathon world record on Sunday, with a time of 2:01:09, to win the Berlin marathon.

It's the second time the Kenyan runner has set the official men's world record at the race in the German capital.

He won the Berlin Marathon for the fourth time.