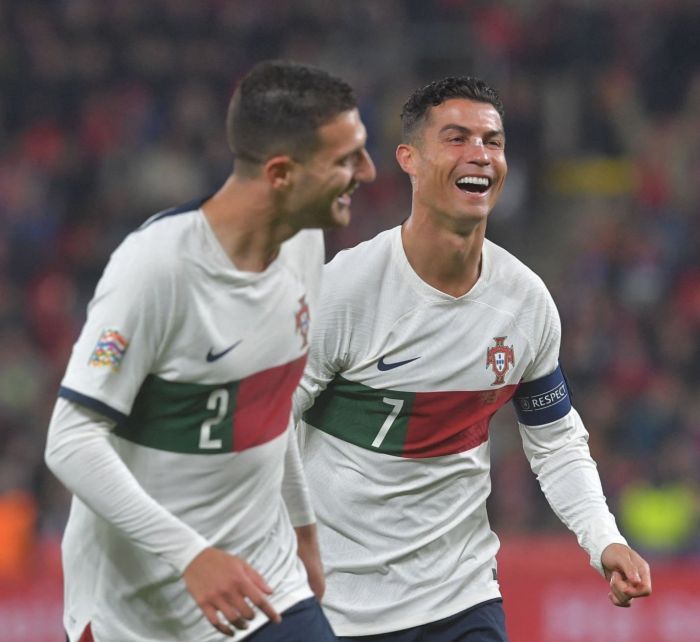 The guest's star striker, Cristiano Ronaldo, suffered a nose injury in the Czech Republic vs. Portugal match, in the penultimate round of the Group B League A of the UEFA Nations League.

During the match, Czech goalkeeper Tomas Vaclik tried to push the ball away with his fist, but hit the 37-year-old star footballer's nose.