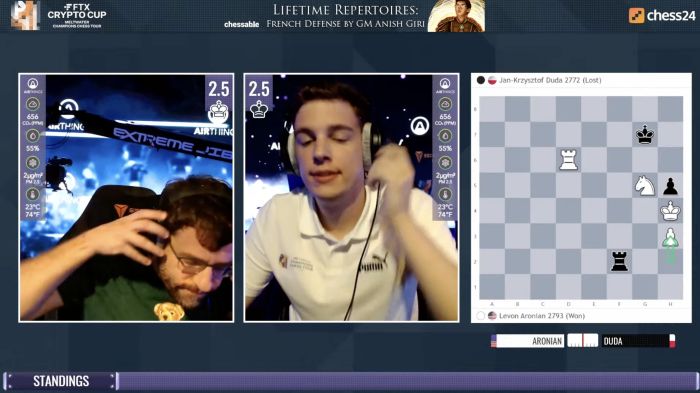 Levon Aronian, the former leader of the Armenian men’s national chess team who now represents the USA, defeated Jan-Krzysztof Duda (Poland) in a tiebreak in the second round of the rapid chess competition of the FTX Crypto Cup being held in Miami.

Aronian had beaten Le Quang Liem (Vietnam) in the first round.

Levon Aronian's opponent in the third round will be the reigning World Chess Champion, Magnus Carlsen (Norway).

Seven rounds will be played.

The FTX Crypto Cup is a tournament of the Meltwater Champions Chess Tour, whose the total prize pool is $1.6 million.